According to the title of this post you might think I have had enough of doing art. Okay, maybe I’m the only one who would think that, however, that is not the situation. Winter “officially” began about three weeks ago — I’ve had enough!

Normally I would endure winter much longer, it refuses to stop snowing. Shovelling has lost its thrill — was it ever a thrill? The physical labour of moving snow is becoming oppressive. Oh well, this will pass eventually, and yes, it is snowing as I write this. Once done here — guess what I get to do?

Yep, I’m whining about something I have no control over. Okay maybe I’ll just complain a bit more. The image below expresses somewhat how I feel about winter. It’s not a particularly great image, not sure what I was going for. The image began life with the hope of showing how white, clean and softly sculpted everything looked.

My inner-self rebelled and expressed my true feelings by going with a dark and oppressive image. Apparently at the moment that’s how I actually feel about winter.

End of whining, carry on.

What I did this week

Regardless of the amount of snow I moved this week I still managed to produce art work. I chose to concentrate on ink drawings. My approach was to plan nothing, but instead to begin making marks on the paper and seeing what appears.

The drawing that got me going on my current path was basically a doodle at first. Then for the heck of it I added a building.

The goal was then to create images that represented my tower houses in a state of decay — perhaps a reflection of the world in general. Of course this sense of decay is mostly perpetuated by the news media. After all, doom and gloom sells.

My current direction (which could change tomorrow) is to make small sketches and slowly build to larger images. Each successive larger image building upon the previous.

The technique I’m using is small line hatching. It is tedious and time consuming but easy to pick away at. This approach usually requires more than one sitting, especially the larger I work.

The image below is the finished ink drawing, I’m actually quite pleased with it — yes I know, unusual for me.

That’s all for now, have a great week. Only two months of winter to go. 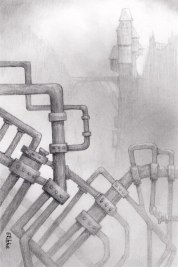 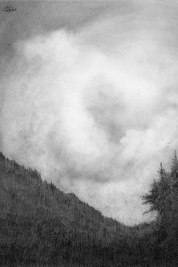 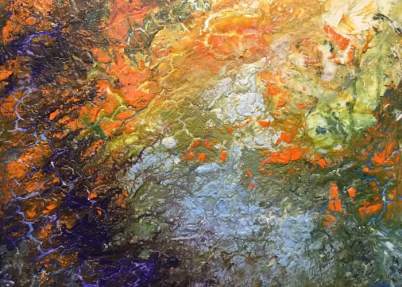 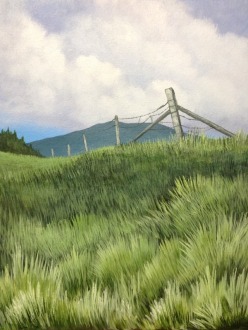